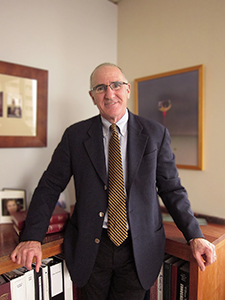 Steve actually enjoys going to trial. Immersing himself in each client’s life, he learns all the different pieces of the puzzle that makes up their lives. He will speak with their doctors, neighbors, friends, family members, co-workers, even former spouses — in order to build the narrative that becomes the client’s case. By dotting his “i’s” and crossing his “t’s”, he has gained a reputation among insurance adjusters and defense lawyers that his word is his bond, and if he cannot settle the case for a fair amount, he will try the case in court.